Poor David Morrison. As more details emerge surrounding the pathetic little band of miscreants in the Australian Defence Force calling themselves the "Jedi Council", the chief of army must be experiencing a combination of embarrassment and apoplectic rage. I don't know what's more damning – the fact that they fulfilled every stereotype of ADF misogyny by running a pornographic peep show on defence force time or that they have Midi-chlorian delusions of grandeur. 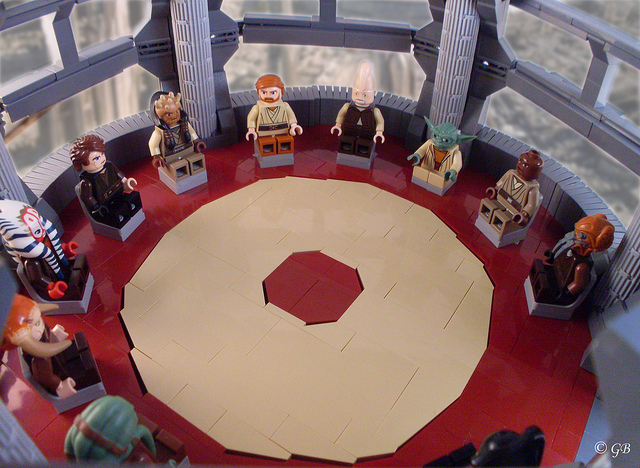 Last week, it was revealed these self-styled Star Wars poindexters had been referring to their victims as "moles". I assume what they meant to write was "molls", which in Australia is traditionally slang for women with "loose sexual morals, bitches, sluts and prostitutes". Colour me completely unsurprised that a sniggering band of misogynists brought together by their passion for humiliating women aren't exactly firing on all cylinders in the brain department. I imagine on those cold, lonely nights in the ADF barracks, when they've exhausted themselves having lightsaber fights and sharing the details of their sexual exploits, they pull their sleeping bags into a circle and gather around the glow of their collective brain cell. Pretty, they grunt, eyes wide. 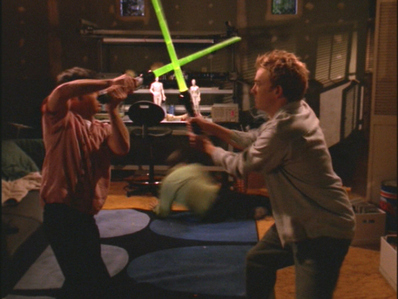 I like to think we're reaching the end of our social tether with tolerance for these kinds of stories. While there remains a section of the community for whom men bonded by institutional ritual can do no wrong, people are increasingly willing to speak out and condemn behaviour that celebrates a standard by which no one should want to be compared.

It is a travesty that it has taken until 2013 for the ADF to have a chief willing to demand better of those charged with the civil protection of Australia. Lieutenant-General David Morrison's swift and uncompromising response to this latest sleazefest is considered so unusual that one can't help but heap praise and respect on it – that too is disheartening, particularly to that contingency of people who've spent years speaking out against institutionalised masculine bonding and been ridiculed for their efforts.

Women have been abused by these modern day codes for decades. Why is it only now that those codes have decided to act?

In May, journalist Anna Krien released a blistering exploration of the off-field antics of Australia's football codes. Night Games took an uncompromising look at the toxic masculinity that pervades a world in which players are both gladiators and kings. Marching to war on the battlefields of football stadiums, these heroes are given leave to indulge in the spoils once the final whistle sounds.

More so than in the ADF, sex "scandals" (many of which could be reasonably read as ritualised humiliation as a mechanism for bonding) rise up every so often, but have been just as quickly dismissed by a public unwilling to hold certain men to account for their actions. After all, boys will be boys – can they really be blamed for behaving exactly as we'd expect when silly, fame-hungry girls throw themselves in their paths? (And anyway, why was she drinking with them if she didn't want all of them to "have a bun"?

Call me crazy, but I'm going to go with YES.

In Night Games, Krien explores the notion of the "prank" that underpins so much of the performative sexploitation that's been showcased by these ADF men and other institutionalised codes of masculinity. The women targeted by the prank/s are very rarely seen as anything other than peripheral to the real action. She isn't expected to speak or participate except as a conduit for male bonding, while they high-five each other over her literal or figurative body and show off the lengths to which they're willing to go in order to impress each other with their prowess and/or daring.

It doesn't always transpire sexually. At one point, Krien recounts the story of a woman who agreed to consensual group sex (very, very different to the pack sex so often defended in these scenarios as a mutual activity) with a small group of footballers. I guess her consent was a problem in the end; being unable to dehumanise her sexually and therefore fulfil the purpose of the standard sexual "prank", one of the footballers decided to do the next best thing. He defecated into her shoe, and waited for her reaction when she went to put it on. Oh, the hilarity.

Unfortunately, I don't expect this to be the last we'll hear of similar incidents or insidious codified campaigns against women. We're perhaps experiencing the death throes of socialised misogyny right now, but who can say how long that beast will fight for? So much of it has been allowed to flourish for so long, passed off as a joke or an inevitability, the standard toll for existing as a woman in the world.

All I know is this. Here we have a group of men supposedly entrusted with the protection of Australian citizens both here and abroad, and this is what they get up to in their wind-down time. Sharing images or details of women – some of whom were their colleagues – caught in various stages of congress, and rating them among each other. For all the adolescent glee that accompanies such activities, they might as well have been caught with their pants down standing next to an apple pie.